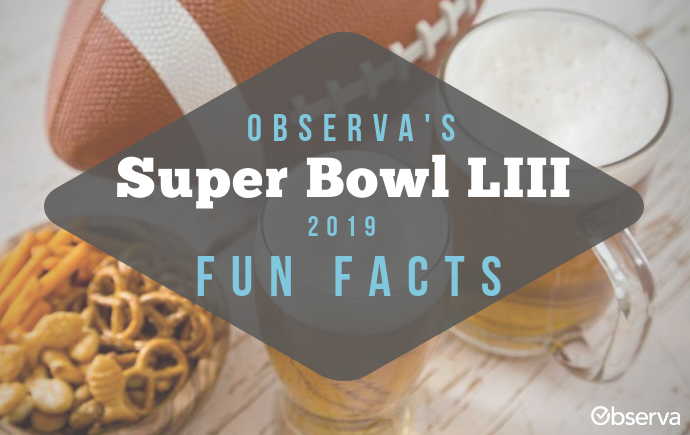 Fun trivia to share with those friends? Maybe not.

No worries! We’ve got your back. Observa is back to provide all the fun facts one could need at a Super Bowl party. Awkward conversation before the game begins? Pull out a fun fact about boats or beer intake. How about the stock market? No? Well then, that leaves a Super Bowl fact about musicals. This year’s Super Bowl is packed with crazy facts to keep everyone entertained.

For readers who don’t care about football (or the commercials), we’ll remind you that Super Bowl LIII is scheduled to take place on February 3, 2019, at Mercedes-Benz Stadium in Atlanta. The New England Patriots will face the Los Angeles Rams, and as usual, the trash talk has begun. 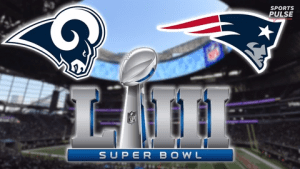 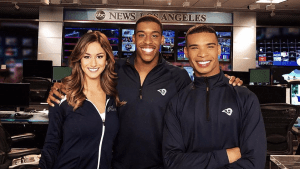 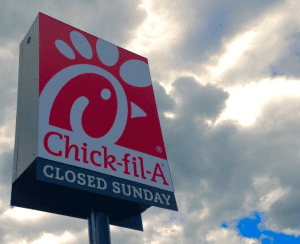 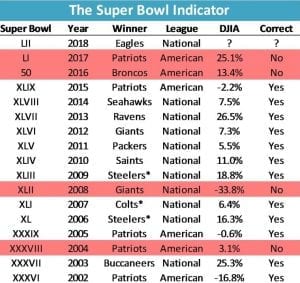 From us to you, we wish you a wonderful Super Bowl Sunday and a restful Super Monday morning.