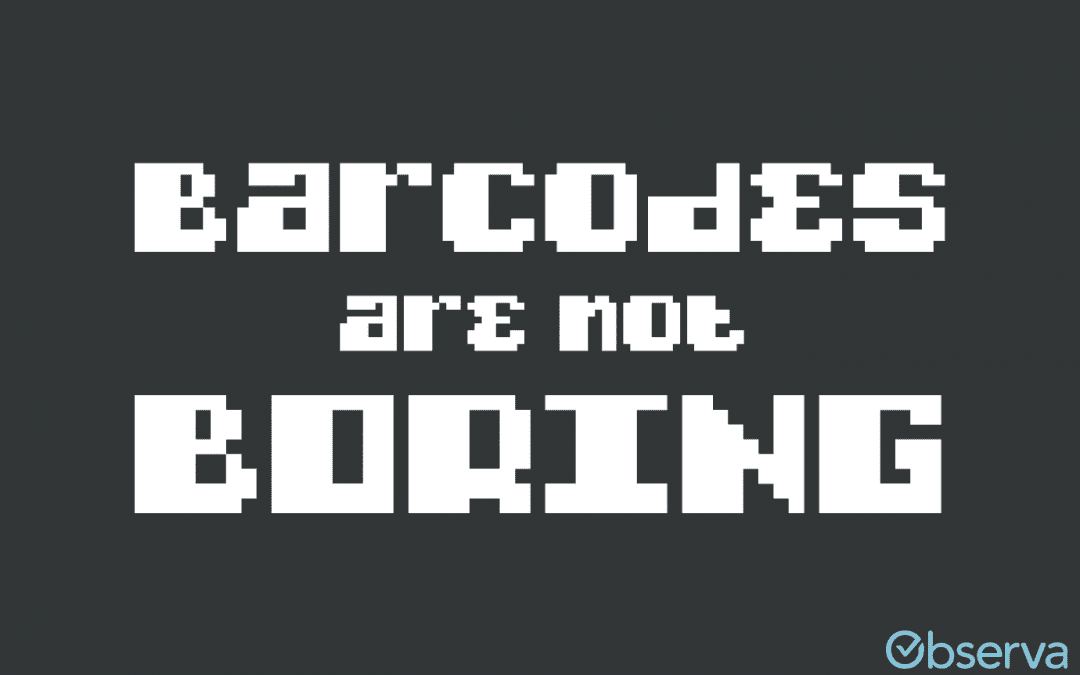 The barcode is simple, it works, and it continually resists being replaced.

Before it was even born, it beat the incumbent.

New artsy versions have come along with different dimensions, but the barcode just keeps going.

How is that boring?

Hopefully you’ll find some of these facts about barcodes intriguing and worth sharing at the next watercooler or cocktail party.

Can the barcode laser burn out your eye? 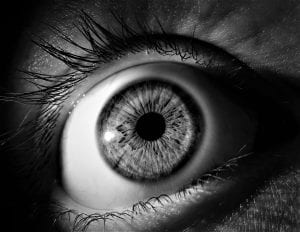 You’ll burn your eye out

No, they are pretty weak. As a hazard level goes, the FDA has them below normal classroom laser pointers. Should you point it at your eyes or your friend’s eyes? No, that’s not cool. If you do happen to look at one, however, don’t worry about it unless you find yourself temporarily dazzled and walking into a wall . . .

Did the barcode start out round? 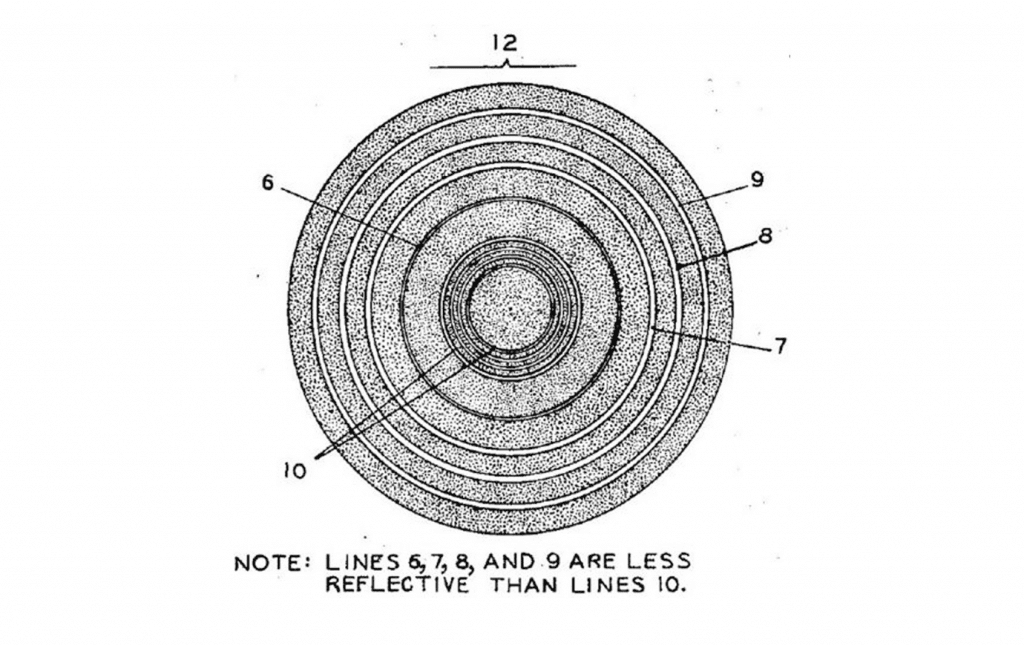 The first barcode design looked like a dartboard bullseye, but the early printers couldn’t handle it, so the rectangle we know now is what won.

Who invented the barcode?

From the outside it looks like IBM did it, but in reality some other folks started it, although IBM got the contract. The barcode was invented on a beach in Florida by Joseph Woodland. Incidentally, he also tried to help the world by inventing a way of giving us elevator music more efficiently.

That’s the thing you used to see on business cards around 2010. It looks like this: 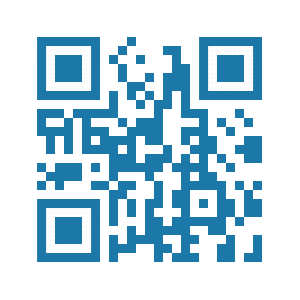 The standard barcode is just 1-dimensional. Even though we see it as 2-dimensional, the laser scanner only goes in one direction, like a line, so just that one dimension. The 2-dimensional version goes both horizontally and vertically, so can store more information, allowing for around 2000 characters instead of the 100 that the 1-dimensional can do.

Is a QR code a barcode?

Yes, it’s the 2-dimensional barcode we just talked about!

Is there going to be a 3D barcode?

There already are prototypes out there.  The 1st dimension was horizontal. The second was the vertical in the QR code.  A good 3rd dimension is color, as all of our phone cameras are pretty good at picking that up.  With added information in the 3rd dimension, barcodes might be able to have enough info to contain a short song or video even!

Does the barcode have to be black and white?

No, it doesn’t, but it’s usually recommended.  The older and cheaper scanners might have issues with the design if it doesn’t.

Does the barcode have to be a square?

Not at all, in fact, many people have gotten really clever with designs from spaghetti noodles to waiters with stacks of plates.    All that it really has to do is have a section where the bars are all readable by the scanner. Here’s a link with a ton of those fun designs.

Do you have to use a laser to scan a barcode?

Nope, not anymore.  In fact, many of the best scanners are now cameras.  These can be in the form of a traditional camera like you’re used to, or a smaller device that only picks up on one row.  The benefit of the cameras is that they can pick up on the newer barcodes as well as the old standard 1 dimensional barcodes.

What was the first barcode scanned? 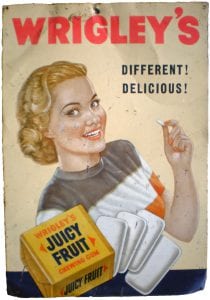 An old advertisement for Juicy Fruit

If you have heard the rumor that a pack of Wrigley’s Juicy Fruit gum was the first item scanned in with a barcode, you heard correctly. Now, if you’ve heard that the very pack of gum is in the Smithsonian, you unfortunately heard wrong…

The biggest 1-dimensional barcode in the world is 40m long, and was created for the 60th anniversary of the barcode patent.  Can we call that a birthday? It has the exciting message of “HAPPY 60TH BIRTHDAY BARCODE!”

The biggest 2-dimensional barcode is actually an entire corn maze!  You just need a helicopter to scan it in.

Is there a barcode that can be seen from space? 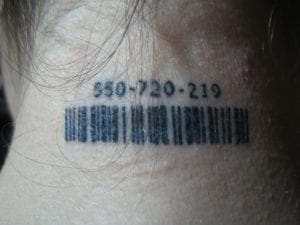 Frosted cookies, tombstones, buildings, and billboards; barcodes have found their way into popular culture and are all over the place. But one of the strangest phenomena is that they are crazy popular as tattoos. Why do people want this? What do they really want coded? Do they want to be scanned? Good thing we found out that the lasers don’t damage your eyes.

Seriously, do a search and look for yourself at the variety!

What’s the future of barcodes?

It seems like barcodes are here to stay. They are simple, cheap, and fast.

RFID tried to replace them. This was a solid attempt, and had it succeeded, it would have created a lot of value for things like real-time inventory. Technical difficulties and expense got in the way. The new promise is that the IoT (Internet of Things) is coming. RFID can be considered an early part of the IoT, but again, new formats and technology are coming that are cheaper and more proven. In 2014, the Gartner Hype Cycle graph showed that RFID should be in the “Plateau of Productivity”.

One of the promising new technologies is battery-less Bluetooth. This would be much easier to implement given the ubiquity of Bluetooth devices and coverage (all of us and our cell phones). We’ll see if they can get the price down and the privacy protections up to make it catch on.

What about product packaging with barcodes hidden all over? This is a reality now too, much like the aesthetic favorite of code crackers, steganography, whereby codes are embedded in everyday images like paintings on the wall or internet memes.

It seems like the barcode is always a target for replacement, but it just keeps hanging on due to its effectiveness at both protecting products and being interesting!