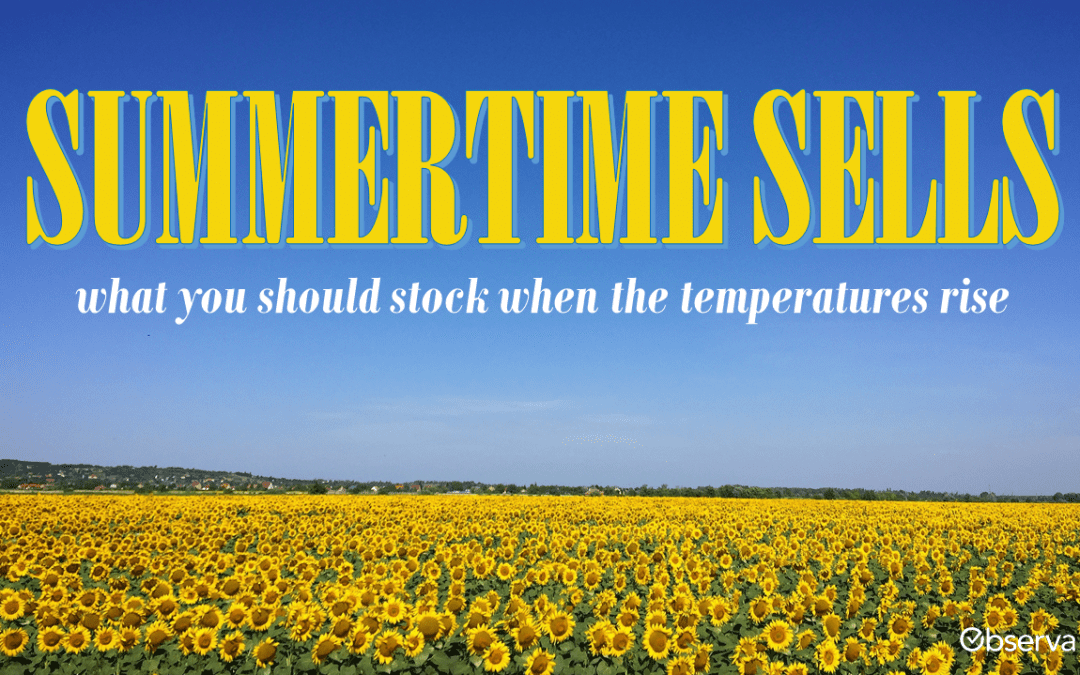 Ah, summer. The “k-tchhh” sound of a can being cracked open at a backyard barbecue or around a campfire signals the beginning of the season. Nothing like chatting with your friends, wearing your shades, and (hopefully) avoiding sunburn.

Memorial Day is known in the US as the beginning of summer; the pool is uncovered for the first time, and convenience stores experience a spike in beverage sales—but maybe not as much as expected in 2018. Memorial Day 2018 brought with it drizzly, cold weather and high gas prices—not the ideal start to the summertime season. Beverage sales typically go up 4.5% for convenience stores on Memorial Day weekend, but in 2018 they rose only 3.5%. However, alcoholic beverage sales were on par with past years. People bought less soda than expected but just as much beer.

Throughout the summer, though, as temperatures eventually rise, people will be reaching for a refreshing alcoholic beverage to quench their thirsts. A study by Nielsen in 2016 reveals what Americans are drinking in the summer: People are 47% more likely to drink flavored malt beverages, 34% more likely to drink hard cider, and overall more likely to enjoy hard sodas and hard seltzers. Rosé is the top choice for wine in the summer; 20% of regular wine drinkers prefer rosé when it’s hot out. Canned wine sales are rising as well—they more than doubled from 2015 to 2016 and have been growing steadily ever since.

Cold alcoholic drinks aren’t the only beverages that get a push in the summer. Iced coffee sales are higher in the summer than in the winter, but they are actually surprisingly steady throughout the year. Millennials in particular love iced coffee; 66% of millennials drink iced coffee, compared to 34% of Gen Xers. Dunkin’ Donuts, Tim Hortons, and Starbucks have been peddling their icy, sugary drinks for years, but the Age of Cold Brew Craft Coffee is upon us. For example, Gregorys Coffee in NYC says iced coffee/cold brew accounts for 65% of its sales in the hotter months.

Ice cream also is, of course, a big summertime treat. Take a look how much more ice cream is produced in Q2 every year compared to Q4, preparing for the summertime spikes in sales.

This quick spike-and-dive trend, year after year, is a signifier that ice cream is still a big seller in summer in the US, no matter what. The tasty treat performs better in some years than others, especially in the mid-1990s and 2000s (more money spent on advertising, perhaps?). Now, in 2018, we are almost back to 1980s-level consumption—perhaps because the US is becoming more health-conscious, as evidenced by a Nielsen study in 2016: 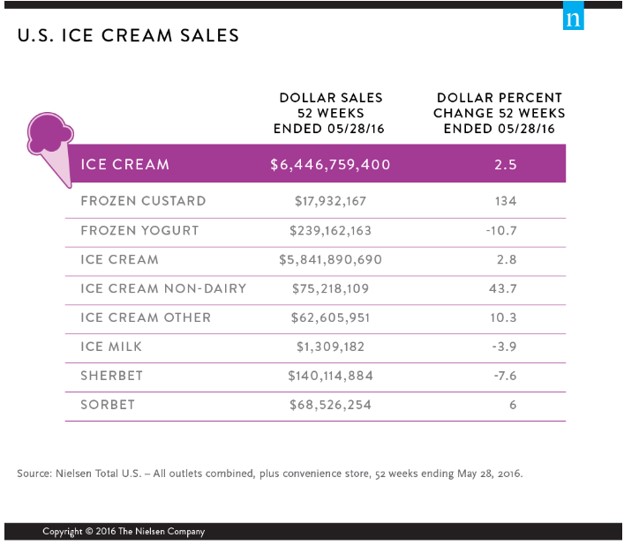 In addition to cooling things down with beverages and ice cream in the summertime, Americans also like to heat things up on their grills: 73% of consumers grill on Independence Day, 60% on Memorial Day, and 58% on Labor Day, according to a report by the Hearth, Patio & Barbecue Association in 2017. In addition, 70% of US adults (and 80% of Canadians) own an outdoor grill, so it’s a pretty popular activity in North America, particularly in the summertime. Discounts on grills and barbecues are steepest during August and September, toward the end of the grilling season (but just in time for Labor Day!), as found in DealNews:

The main takeaway here for retailers and brands is to make sure they’re prepared for seasonal changes and the consumer demands that come with them. The biggest way to MISS OUT on sales—especially during a rush or a seasonal spike—is for products to be out of stock. Observa has on-the-ground, real-time observations to check out of stocks, share of shelf, and planogram compliance at all retailers across the market.